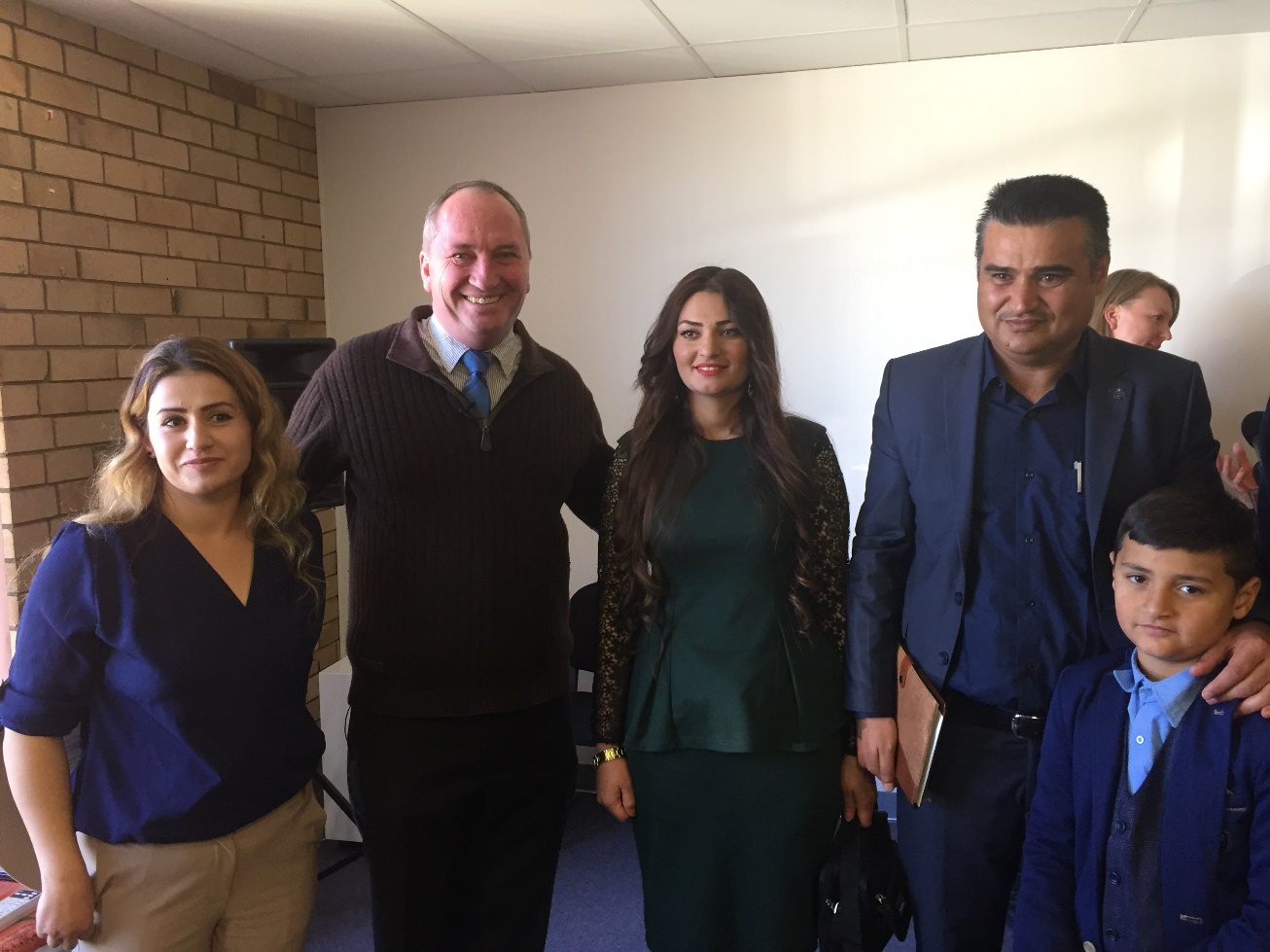 Pictured: Mr Joyce with the Hussein family, who are Yazidi refugees, during last year’s opening of the Settlement Services International (SSI) office in Armidale.

The newly settled refugees, who fled war-torn Iraq, Turkey and Syria, have made the New England and Armidale their new home with assistance of the Federal Coalition Government’s Settlement Engagement and Transition Support (SETS) Program.

Many are keen football players but many are also on low incomes and either attending school or TAFE to learn English in their quest for financial independence.

NIF is already providing their shorts, socks and playing equipment at no cost and also offer free coaching and referee courses for the refugees.

“Sport is one of the great social mixes, especially here in the New England, so it is great to support the Yazidi refugees in their desire to become further part of the community of Armidale,” Mr Joyce said.

Led by the advocacy of Mr Joyce, the Government established Armidale as a new regional settlement site in 2017, with hundreds of refugees having arrived since then.

He said the grants played an important part in reducing the challenges faced by the new residents.

“By bringing down barriers to being involved in regional communities, in this case rego fees, it builds the wellbeing, safety and a sense of belonging not only for those in living in Armidale but the wider New England as well,” Mr Joyce added.

“Remember, Australia was born on the success of migrants who for generations have contributed to our ongoing prosperity as a nation so it is important those multicultural links are maintained.”

SETS is an enhanced version of the former Settlement Grants program. A policy review and independent evaluation of Settlement Grants found that the program provides effective early intervention that contributes to clients achieving full participation in society as soon as possible.